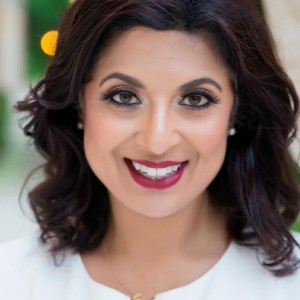 What Leads Someone To Commit Suicide? Conversations to Have With Children & Loved Ones About Suicide

WHAT MAKES SOMEONE DECIDE TO COMMIT SUICIDE?

When a loved one or a public figure commits suicide, we all ask the question why?  Even though suicide rates are climbing every year in the United States, the medical community is still struggling to distinguish those people who are thinking about suicide versus those people who follow through with the act.

From a scientific viewpoint, there is a myriad of components related to people who are at risk of committing suicide:

While all of the above scenarios are scientifically shown to increase the risk of suicide, very little is understood between those people who contemplate suicide versus those who follow through with the act.

Is there a genetic, structural, or chemical component in people’s brains who are more likely to commit suicide?

In the last decade, autopsy studies show that a specific gene is more commonly present in depressed patients who committed suicide in the area of the brain called the anterior cingulate gyrus (ACC).  The result of this gene In the ACC significantly enhanced expression of genes related to glutamatergic or GABAergic synaptic transmission.  This increase in GABAergic and glutamate-related genes is thought to be a possibility of suicide, and not depression

Functional MRI and computer studies found that people who are thinking about killing themselves appear to have distinctive brain activity.

In these people, words like “death” and “trouble” produce a distinctive “neural signature” not found in others, scientists report in the journal Nature Human Behaviour.

So as brain science advances, we know specific genetic and behavioral factors are present in those who commit suicide, but it still does not answer the question, why?

I am not going to address the religious aspects of many religions that have strong opinions about suicide; it is out of the scope of my expertise nor is it what my mission stands for in the hope to improve brain and mental health holistically.

In studying Buddhism, Sufism, and mindfulness-based psychology for the last decade- I can say there is still not much written about what happens to the spirit in someone who is ending their lives consciously.  The Buddhists and Sufis tend to frown upon ending one’s life by one’s own hand.  At the core of the act is suffering not only from the individual who took his or her life but the suffering of all those in their lives left behind.

In Buddhism, a state of mind in lower consciousness has symptoms based on craving, hatred & delusion. This state will give rise to actions that lead to consequences of increased suffering and decreased happiness.  Instead, the goal is to live in a higher state of consciousness of compassion and love that will decrease suffering and increase happiness.
Sufis also try to open up to the attraction of living.

We can say that one aspect that is neglected in many traditional psychiatry and psychology practices is recognizing the spiritual healing many may need who are depressed, face addiction, or other diagnosis related to mental health.  Integrative medicine treats the patient as a whole being, understanding that the mind, body, and spirit must be healed.

CONVERSATION TO HAVE WITH CHILDREN AND LOVED ONES ABOUT SUICIDE.

As a brain doctor bridging both Western & Eastern medicine, do not judge someone’s path or underestimate the importance of seeking professional help.

The loss of two celebrated public figures this week, makes us all take pause to wonder why suicide rates are climbing in the US. What can we do about this?

Let us learn to be there for one another in the spirit of compassion, peace, and love.

Sign up for Dr. Romie’s cure for your busy brain. Receive FREE monthly resources to learn brainSHIFT to feeling healthy, happy, and calm.

Coronavirus COVID-19: Rise Above the Panic: Surviving the Pandemic of Fear

10 Minute Time-Out: Stress Relief for Your Brain & Your Team

Manage Your Energy Before Leading Your Team: Interview with Campus Manager Michael Murray

Biohack Your Health This Holiday Season